During the last week our focus has been very much on bug fixing and fine tuning gameplay flow and visuals in each level. We still have some bigger changes coming before we reach beta, but our main focus is on polishing and ensuring that all the levels work nicely after the recent changes.

Due to that, this week’s Friday Rewind is more about sharing a few recent screenshots with all of you, and about one minor AI improvement.

There are many ways for AI characters and groups to notice the player and gain awareness of their situation. Firstly, all the AIs have visual and listening perception. This means that AI characters can spot characters by seeing them or react to some noise in theur environment. Such noises can be caused by running characters, explosions, combat, most spells, and many other things.

AIs are able to communicate this information with other AIs in the same area that belong to the same faction. This allows enemies to engage in battle whenever their nearby allies notice the player characters. However, there are some situations where we would not want AIs to communicate with other AIs at a distance. This is the case in closed spaces where some AIs might be nearby but in a different room. In some cases, we would like enemies not to alert nearby groups of AIs for level pacing reasons.

In the screenshot below, we can see a situation where such an issues could arise. 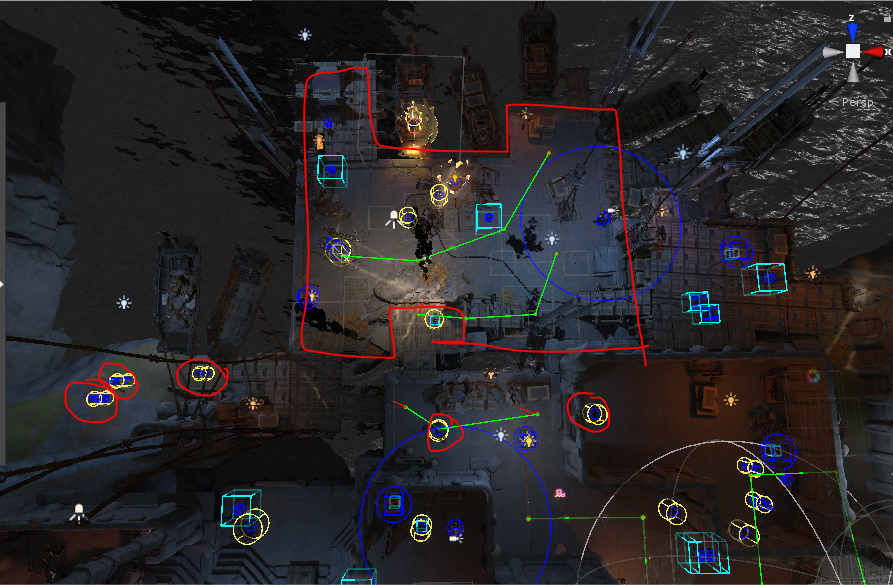 The red rectangularish area is where characters are in combat with some of the AIs. However, in nearby rooms there are AIs that might traverse close to the combat area but behind the walls. These are marked as red circles. This could lead to them being alerted by AIs in combat. This is due to the fact that the actual distance between them is short, even though they might need to take a long route to reach the battle, or are behind thick walls that should prevent them being alerted.

To tackle these kind of situations, we improved our AI grouping so that that in addition to faction checks, we can define specific, smaller AI groups that enemies belong to. The communication between different groups is now much more restricted, and therefore by setting enemies in different rooms to different groups, we can eliminate most of those scenarios. It can still lead to situations where some noise can attract them, but those are specific cases which can be handled by level design choices.

As promised, here area  few screenshots of some of the polish done recently. These are screenshots from the mystical Forest Cover dimension, which was designed with a unique visual atmosphere. 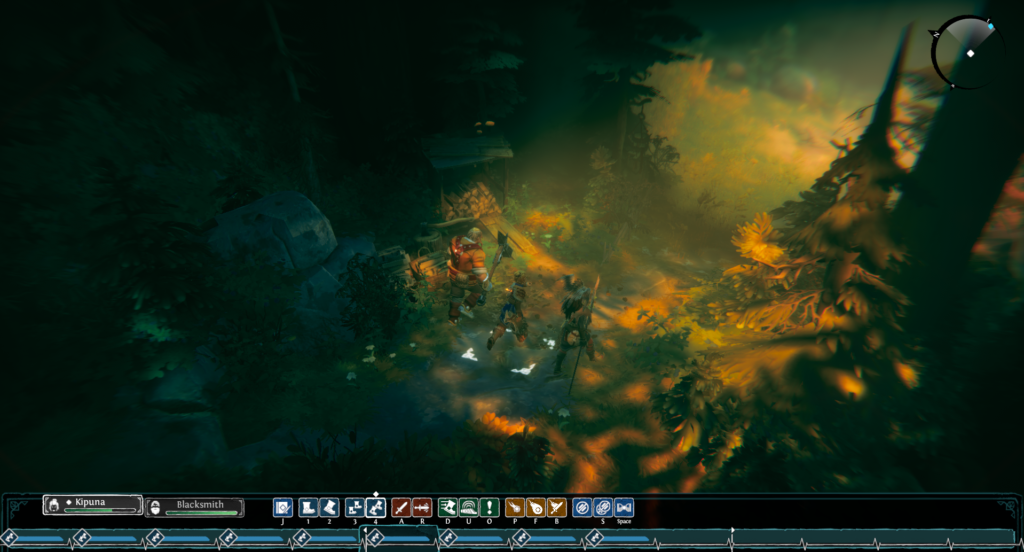 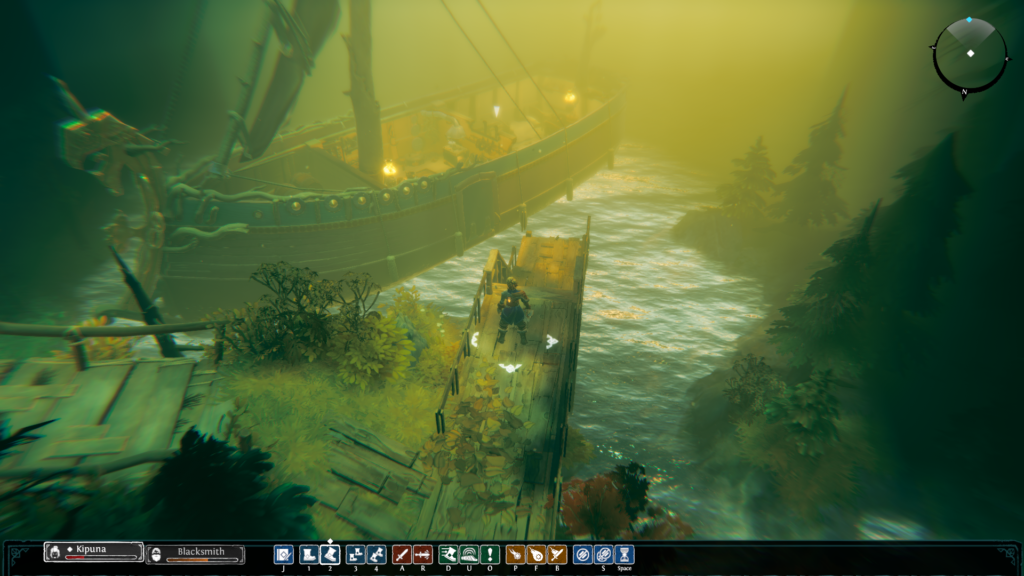 Are you interested in hearing more about the development of Iron Danger, or having a chat with us?

If so, you are most welcome to join our Discord server at https://discord.gg/IronDanger