This friday, I will be musing about Killing our Darlings

Now that the game is nearly feature complete we have a better idea of how everything fits together. However, this is not always pleasant. In the last couple of weeks I have removed some features from the game. Features we spent weeks, months polishing and fine tuning to near perfection. But in the end, they had to go!

We spent a long time on developing carry-able items. We had to make sure the items do not fall out of the navmesh and that they are always rewindable while being held. Damage needed to register constantly too.

But they were not fun. Picking up barrels of oil just to lose all skills because the player’s hands were tied was never fun. Also, carrying the barrel to the perfect spot for ambushing enemies was impossible. You had to physically walk in the middle of the battleground in order to do that.

It is possible to kick the barrel, hoping it will land in the correct spot. But this is really limited in range.

So, our solution was to cut the feature completely! Remove all carry functionality and just make the barrels and bear traps function as grenades. You can now pick them up and *puff* they magically disappear into your pockets. Then you can lob them inhumanly far at will! You can only carry one of each type of barrel at once though. 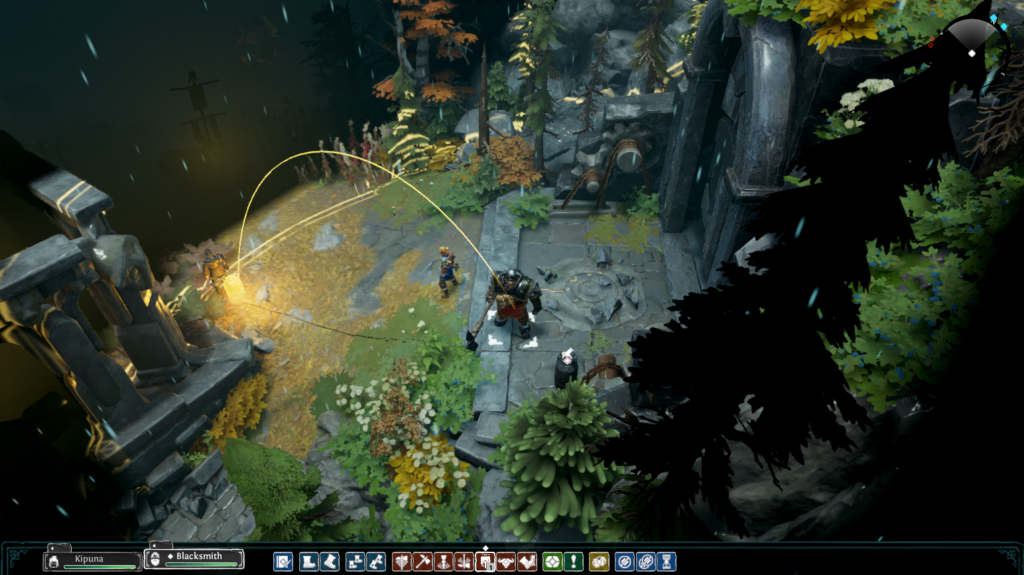 Placing an explosive barrel next to an unsuspecting enemy unit is now rewarding and fun.

This all sounded GREAT in theory, but after implementing everything using the crossbow turned out to be a tedious task. So, after having the feature in for 3 months, it was time to let it go and just make a longer cool-down period for ranged skills and remove some damage from the crossbow bolts. The game now plays more fluently and there is no need for all that micromanagement.

We did leave in the arrows that get stuck on enemies though. It looks so cool.

For 99% of the production, our weapon aiming was handled by selecting a direction of attack and hoping an enemy was in that fan-shaped area at the correct time. This was OK for us and it forced you to think carefully about the placement of enemies in both space and time to land that perfect shot. For skills with a narrow width, it was super tedious. It was really hard to make the hit connect and multiple tries had to be done in order for the enemy to happen to walk to the correct spot for impact.

I had been mulling over changing this but did not take any action until now. So, I went in and changed all but one cone targeted skills to direct target selection skills. Now all it takes for the hit to land is that the enemy is at range and unable to block. When before you eventually got the same result after assigning the attack command with different aims for maybe dozens of times, now you only need to perform the attack once. Then you can focus on the things that really matter: the synchronization of your characters and the timing of your actions.

As a cherry on top, we also added the functionality for chaining actions, so now you can click on a far away enemy unit and your character will walk to it and perform the attack. This functionality is closer to the turn-based norm of attacking that we were lacking before when you first had to walk really close and then attack an area instead of a target. 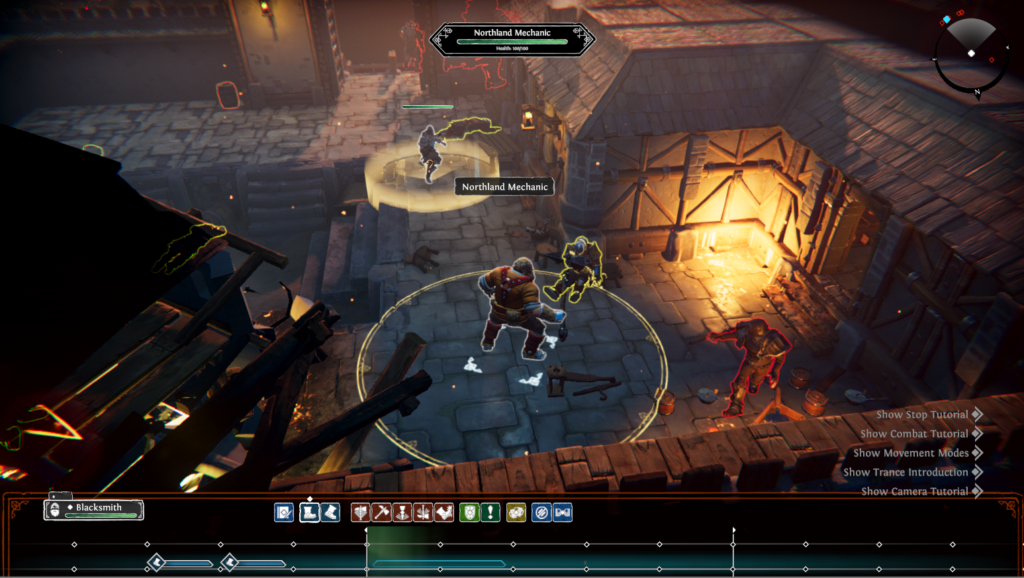 Simply clicking on an enemy in walk / run mode will prompt chained move and attack actions.  Standard stuff, but because of our timeline based game-play it took us a while to figure out how to best do it. 3 years to be exact…

The same chained action is now used for items like pickups and levers and such, so you do not need to manually walk next to them anymore. These changes, along with another new ability of being able to click anywhere on screen and have the character walk to the nearest possible spot, and our recent performance optimizations make the game feel so much more smoother.