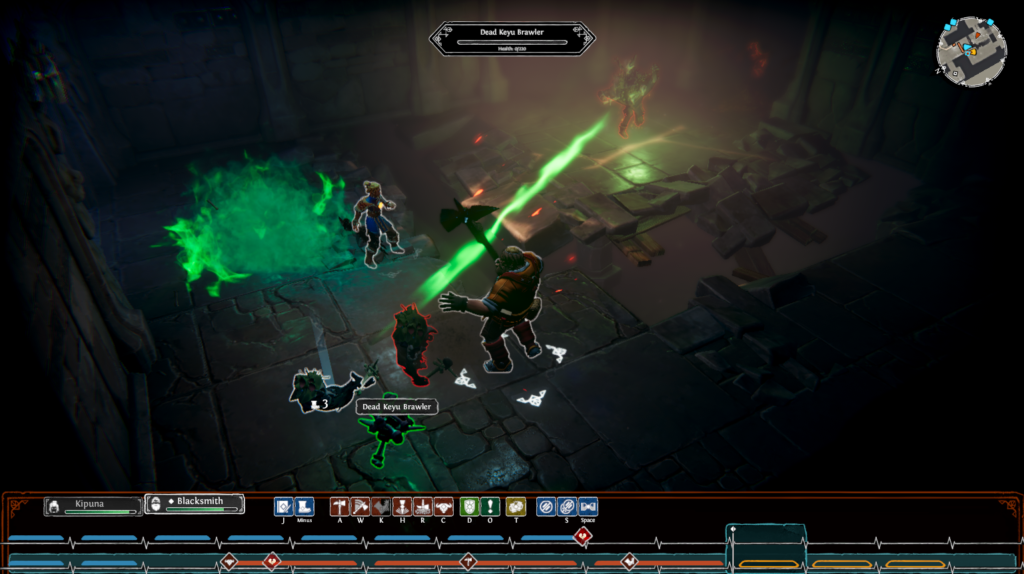 As one of the latest additions in to the game we added an optional visualization for direct targeted magic. It felt necessary to somehow visualize the enemies’ actions that contain invisible connections between units.

We used simple line-renderer to do that. 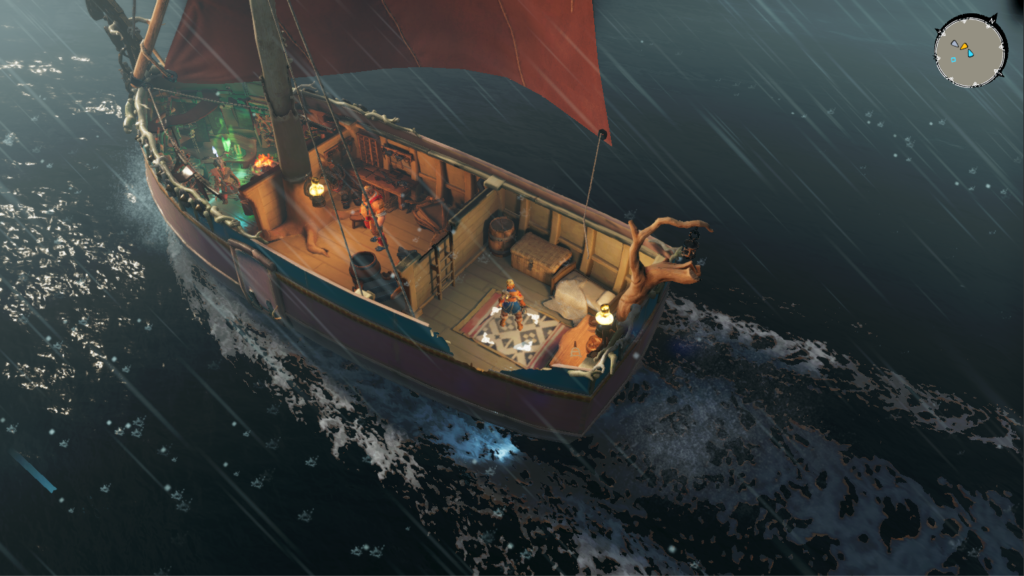 Stormy night at the sea.

Earlier I had created a shader that mixes two textures with alpha channels to create one animated texture. By combining a special mask layer with a looping, scrolling texture, we were able to create a flowing tail wave for our boating scenes. This texture was using alpha clipping for that crisp water foam effect. 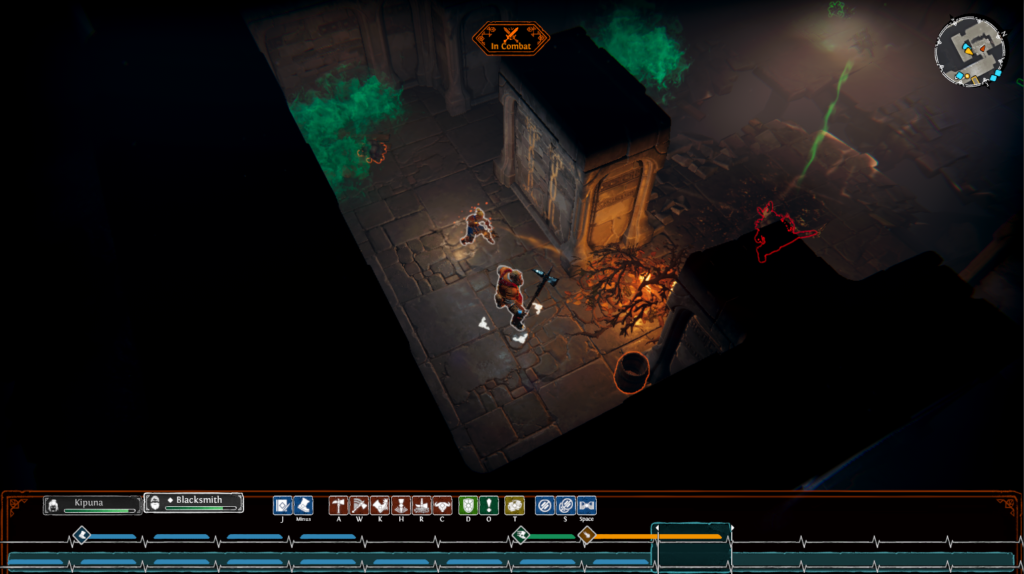 Kipuna is setting fire to a bush while the enemy is resurrecting a teammate.

For our Line render I modified the shader to do smooth alpha blending and support a “hot color”. Not sure what else to call it. I multiply the color with the alpha channel to make the most visible areas appear “hot” so that we simply do not have a ramp from transparent to opaque but the color shifts to a hotter value as well.

Using the line-renderer to draw links between actions sources and action targets helps the player to read the battlefield better when dozens of things are happening at once. 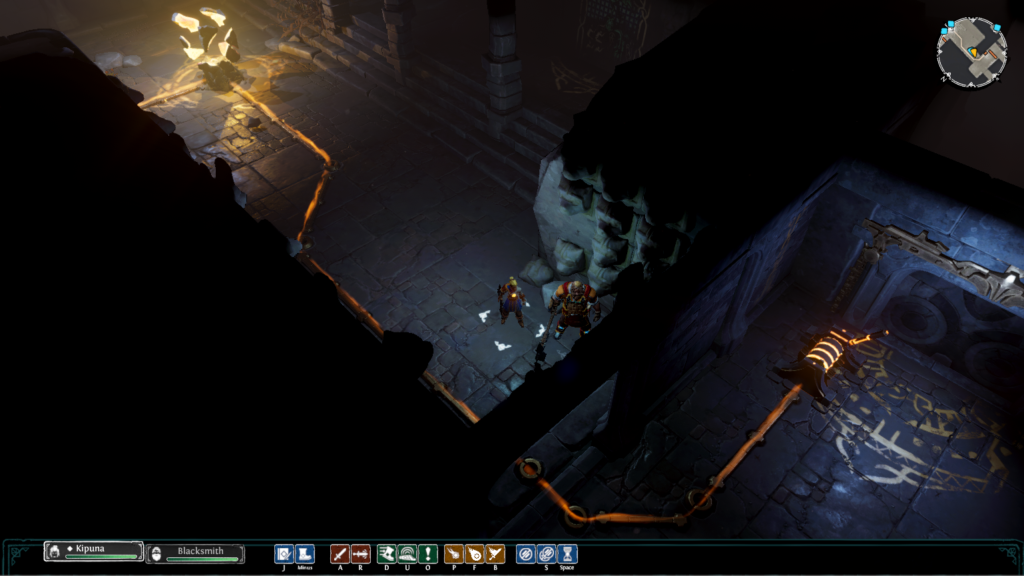 Ancient power-lines, still functional after centuries of being buried underground.

In addition to character skills we also used the line-renderer to show connections between game elements in our temple levels. I feel that these add an additional layer of mystery to these ancient temples.

For these power connections, both the mask and the detail layer are animated to make the line appear to be flowing and swirling at the same time.