In this week’s rewind we will dive into major rework on our movement systems. In addition, we invaded E3, so let’s have a quick look at a few highlights from there.

As you might already know, the player controls 1-2 characters in the game at any given time. It is possible to either walk or run with characters. Running is obviously faster, but also louder and therefore tends to attract unwanted attention. Different movement speeds coupled with the possibility to either move a single character or both characters together, we have four different movement modes all told. Originally, we had four different buttons to select the mode we want to use.

This takes up quite a lot of screen space, just for movement actions, which is something we have wanted to reduce. We also had some concerns over playability relating to movement, especially with the fact that most often in combat you’d like to move the characters one at a time, while outside of combat you want both characters to follow your instructions together. As the movement mode was dictated only by the player’s selection, we often got into situations where the player accidentally moved both characters when they intended to move only one. This was mainly a minor nuisance, but it is better to not have even that minor nuisance!

First of all, we decided that as the most common case is that the player wants to move the characters together outside of combat, and individually during combat, we will make that our default behavior. Therefore we removed the separate group and individual movement buttons and instead forced it so that whenever characters are out of trance/combat, they will move together and whenever in trance/combat they will move individually. This works really nicely in most cases.

There are rare cases where you’d like to group move during combat or move just one character when adventuring. However, those are so rare that we didn’t want to clutter our UI with another button to control that. This was solved by adding a keyboard functionality. Now when you hold down CTRL, the group/individual movement mode is inverted and it therefore allows you to give individual movement commands out of combat, or alternatively move both characters in combat.

This still left us with different buttons for walk and run actions. It was pretty straightforward to simplify by turning that to one toggle-button which allows you now to switch between walk and run.

Small things, but as you can see they make things much more simple for our UI. From four buttons, we pared it down to one, with no loss of functionality and a big improvement in playability.

We are also participating in E3 during the week. We didn’t have a public booth, but instead we had some pre-booked press meetings. Most of the articles and videos are not yet out, but here are a few highlights already.

“It’s only been one day on the E3 show floor, but I have a strong feeling Finnish developer Action Squad Studios’ tactical RPG Iron Danger has done enough to mark itself out as one of standout titles as the show. “ – RPGamer did write a very nice piece about the game.

In addition, we managed to even claim “Best of E3” nomination from two different gaming sites, RPGFan.com and TechRaptor.net. Looking nice, eh? 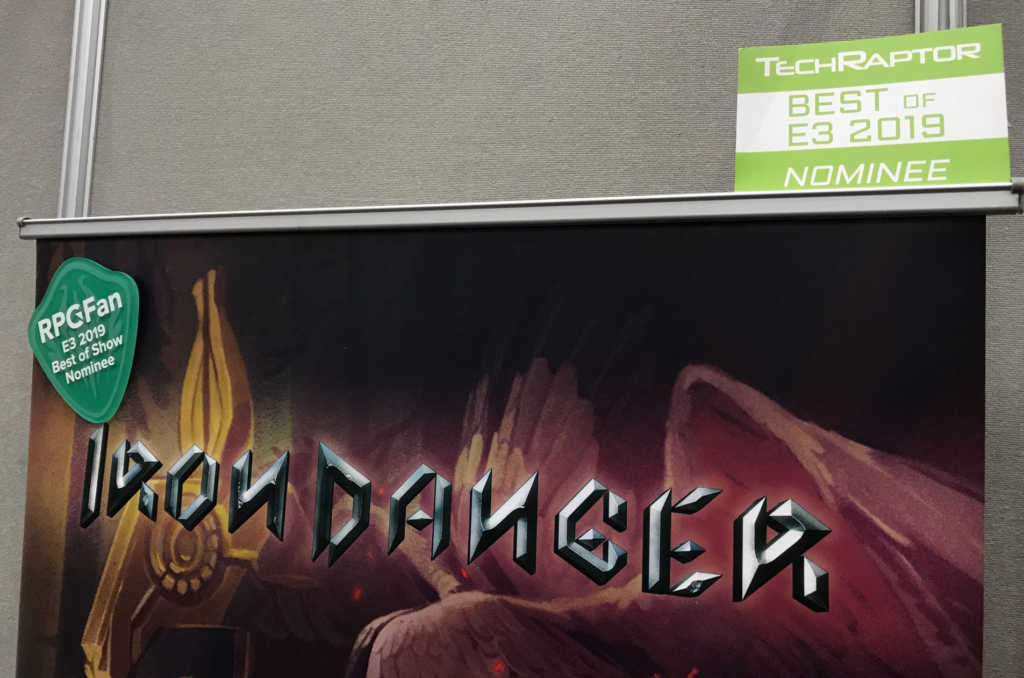 Now that the game is on, let’s hope that in the future exhibitions there is more to come.

We will likely be writing a bit more about the E3 trip after our E3 traveling band comes back home, so keep coming back if you want to hear more!